Jim tell us how books are being burned all over the Anglosphere. He links to an article on Cracked about some guy who tells how libraries all over hire him to dispose of books, because the library has to make space for new books, doesn't have the money to expand, actually doesn't even have the money to give them away. So the books are burned. They have a business to run, you know.

Oh, come on, you must be thinking, this can't be happening. We are spending trillions in bank bailouts, while public libraries have to burn 18th century books to balance their budgets? Well, I'm surprised too. Jim focuses on the fact that the whole process is done in secret, without weeding out which books might be worth something and which can be burned without harm to humanity's knowledge. Nah, they just get junior stuff (I'm imagining a group of illiterate Mexicans carrying big plastic bags) and they burned the stuff.

Jim says its a conspiracy. Well I think he's exaggerating, although I also noticed that Google is quite evil indeed. By the way the Internet Archive should have like a huge torrent circulating with their whole stuf, updated monthly. You never know with this things.

While it might not be a conspiracy of the Cathedral professors to erase the pre-progressive past, if you read the librarians themselves discussing the issue, well read the whole thing. I can't even start writing about the whole bureaucratic autistic cluelessness of these people. But of course on the context of their jobs, they do have a point. There's a lack of space, gotta make things out, my boss ordered me to, if this goes public people are gonna make a fuss, and we don't want that. So burn the damn shit.

Well bureaucracy does produce this kind of incentives to just become a tiny model of the Soviet Union. But the problem here is not the lack of the profit-motive; the libraries are burning old books to make room for new ones, they have to free space to buy more of those copies of Twilight that their customers demand. Its hard to imagine how a 'private library' would be different. The general lack of private libraries explains itself.

While today the general political axis is, ostensibly, between left socialists and right capitalists, of course the original right was very much against capitalism. The fact is that more than leftist agitation, what dismantled the old society, the Ancienne Regime, was industrial capitalism. The right couldn't quite name what made them uncomfortable, they just thought that greed was evil, and commercialism vulgar. 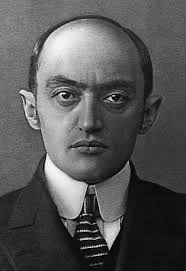 Joseph Schumpeter named it for them: Creative destruction. That is what capitalism is all about. The rationalized pursuit of profit burns through everything. What which is demanded will be made, that which is not demanded we will try to convince you, but if we can't find a way to make a buck out of something, out it goes. Technology advances fast, marketing makes fads easy to make, easy to break, so creating a constant cycle of new and disposable products which keeps the business going. There's no money to be made in cars that don't break, as there's no money to be made on ideas that don't go out of fashion. There's scientific progress, as long as its marketable, there has been fantastic technological progress, as it normally is; ideological progress is not marketable so little talent has gone there. On the contrary we are arguably dumber every day in many areas.

The embrace of capitalism and its dynamic made England the most powerful nation on earth, and its colonies are all prosperous nations. Yet they are also the most deculturized. They have lost touch with all of those ancient customs that defined them as a distinct nation, instead adopting a very streamlined lifestyle, adapted for productive life. It still makes them very productive people, yet they are also psychologically conflicted. How many Americans or Brits complain that they "have no culture"? Part of the support for multiculturalism, is the recognition that Third World peoples do have a set of customs and folkways that defines them, makes them 'vibrant' and 'more real'. Those sound like empty words, but they aren't. They describe a real difference. Words always mean something.

As I wrote in my first post for this blog, in the end, what we call 'culture' is all about drilling. Its about doing and saying the same things over and over again, so that they become second nature. People are so good at drilling, that the world is full of peoples who cut their daughters' clitorises, put rings on women necks until their vertebrates break up, or spend the whole year making huge elaborate wood dolls just to burn them in one spring night. Why would they do that? I don't know. They don't know either. But they've been doing it forever. Its what they do. Its for the most part stupid and irrational, and utterly unproductive.

Anglos have nothing of that. They have streamlined their lifestyle so to adapt it to capitalism, where the necessary skills and mindsets change all the time. They aren't allowed to drill each other some quirky custom. They can only have a rationalized framework of societal norms to ensure they keep being productive members of the capitalist workforce. And those can't be particular. Why do Brits mean when they talk about "British values"? The same as "American values" or "Australian values". When you ask them its all about 'tolerance' and 'human rights' and that kind of shit. But those are abstract values, and culture is made of particular customs.

Of course there is still lots of drilling, but it happens inside the workplace. The same way modern nations aren't allowed to produce particular culture, any company does have its own culture. Its the only way for a group of average humans to function, really. You need to drill people into following company orders, into doing things in a particular way, else nothing will get done. See how librarians are well drilled in doing their book burning job. They were told to burn them, and so they do. How should they check which is valuable and which not? We haven't been taught to tell good literature from bad, we've been raised on non-judgmentalism, the equal value of all people and all opinions, tolerance and all that. Why should some books be preserved? Why should anything be preserved? All the criteria they can use is readership, a commercial decision. And commercial criteria alone will soon finish with many, many books, starting with all those inconvenient rightist books Jim worries about. So much for capitalism.