I wasn't really planning on making a series on Chinese proverbs. But it happens that every time I start writing a post I can think up of a proper Chinese expression to introduce it. Such is the vastness of the language.

This is not a proverb actually, but it is an idiomatic expression inherited from the Classical Chinese. Word-by-word it means "what bitter". Which is pretty ungrammatical. But Asian languages in general have quite flexible grammars, and Chinese more so. The expression usually translates as "why bother?", "why make things so hard"? Bitter is the Chinese word for hardship, hence Coolies 苦力 "bitter force".

It is a very frequently used expression, because Chinese have this habit of making things harder than they need to be.  For all the talk about HBD having its future in the practical-minded Asian countries, East Asia is very much about effort. At least since Confucius, the key to success in China has been relentless self-improvement. There's two kinds of humans, "small people" 小人 and Gentlemen 君子. They key to being a Gentlemen is having a good education. Fast-forward 2500 years and you have the Banzai-charges of Japanese army troops against the mechanised Soviet batallions in Khalkhin Gol. They lost, and didn't learn from it. This year there was a report on some US advisors to the Japanese army saying that their performance sucks because of a lack of fatigue management. They won't give the soldiers a break.

The obsession of Asians with pointless effort has become a popular topic of discussion with the increasing numbers of Asians in the US, and the  ensuing bitterness for all the other kids who have to compete with them. Everybody hates those Asian kids in cram school getting straight As in topics they don't give a shit about. Just when people were starting to notice it, Amy Chua had her book, and the infamous article on the WSJ. Really exquisite timing. All in all it was a very interesting book. It's not often that Asians explain their own culture in proper English. And doing so in a conflicted tone, that one of someone who has properly assimilated to a Western culture, and can explain it on Western terms.

Still for all her explanations, the consensus is that she's a heartless bitch who mistreated her children, and all Asians parents are freaks. I won't comment on that. Moralising is cheap. I think you should judge things by their results. So what was the result of Amy Chua terrorising her children for a decade? Did she produce smart, polite, humble and tasteful kids? 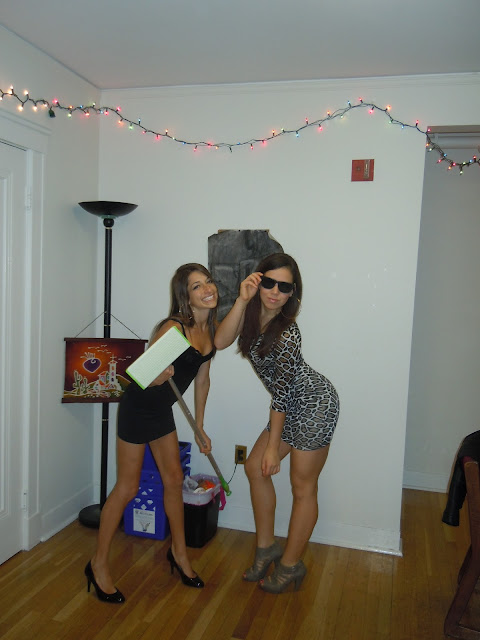 Go check out yourself. Lotsa pics of the chick in short skirts. The writing is impossibly annoying but the pics are nice. And very telling.

Amy Chua spent 15 years of her life filling her family life with fights and shouts and sheer unpleasantness... to produce yet another narcissistic liberal. Confucius would be proud.